2 – Why does MECFS Fibromyalgia & POTS perpetuate?

We discuss why the ANS dysfunction occurs in ME/CFS & Fibromyalgia and why does it perpetuate when the initial onset triggers have diminished?

The details of where and how the ANS is regulated are discussed and the role of the autonomic nervous system is explained and how fibromyalgia can be triggered (ME/CFS can be triggered) by various stressors that lead to dysautonomia.

We speak about the role of neurotransmitters and receptors as various nuclei and areas of the brain central in ANS regulation.

The connections are made to explain the reason why there is a higher incidence of people over the age of 40 with an onset of ME/CFS/Fibromyalgia and why there appears to be a higher % of people with childhood trauma in this patient population.

Below you can see links to the other two videos as well as the transcript for the video. 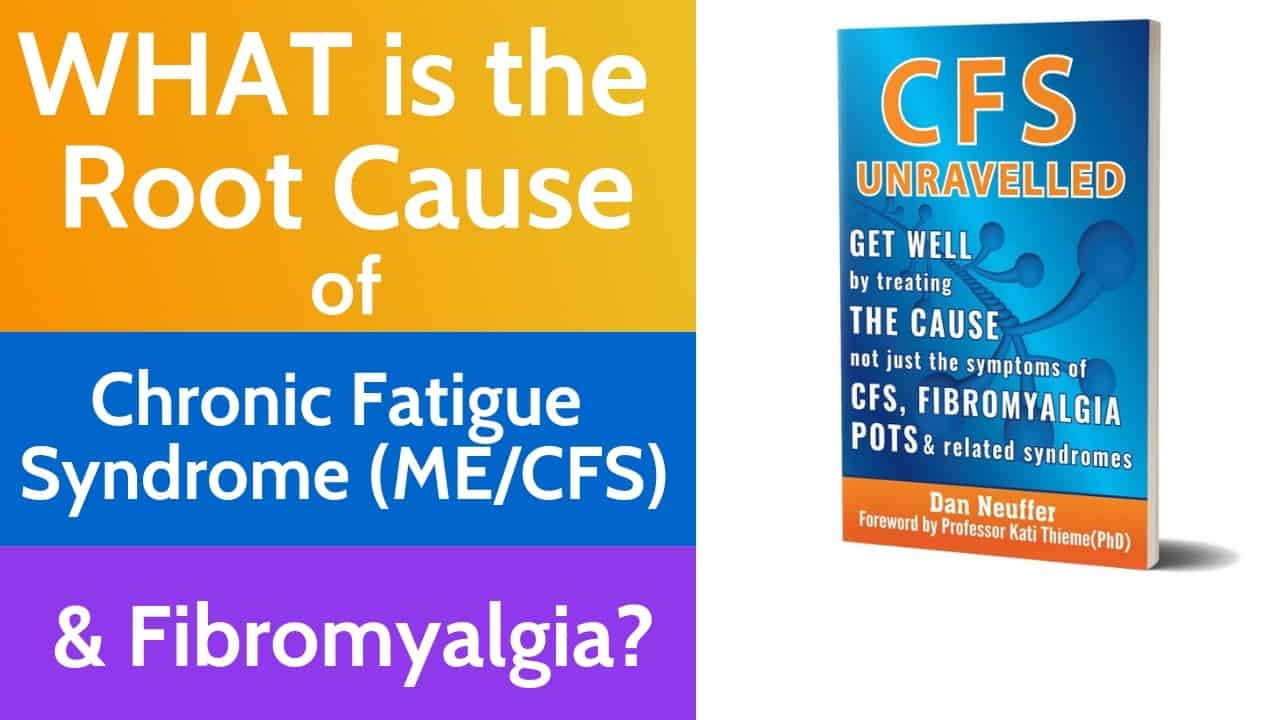 Part 1: What is the root cause of ME/CFS/Fibromyalgia/POTS 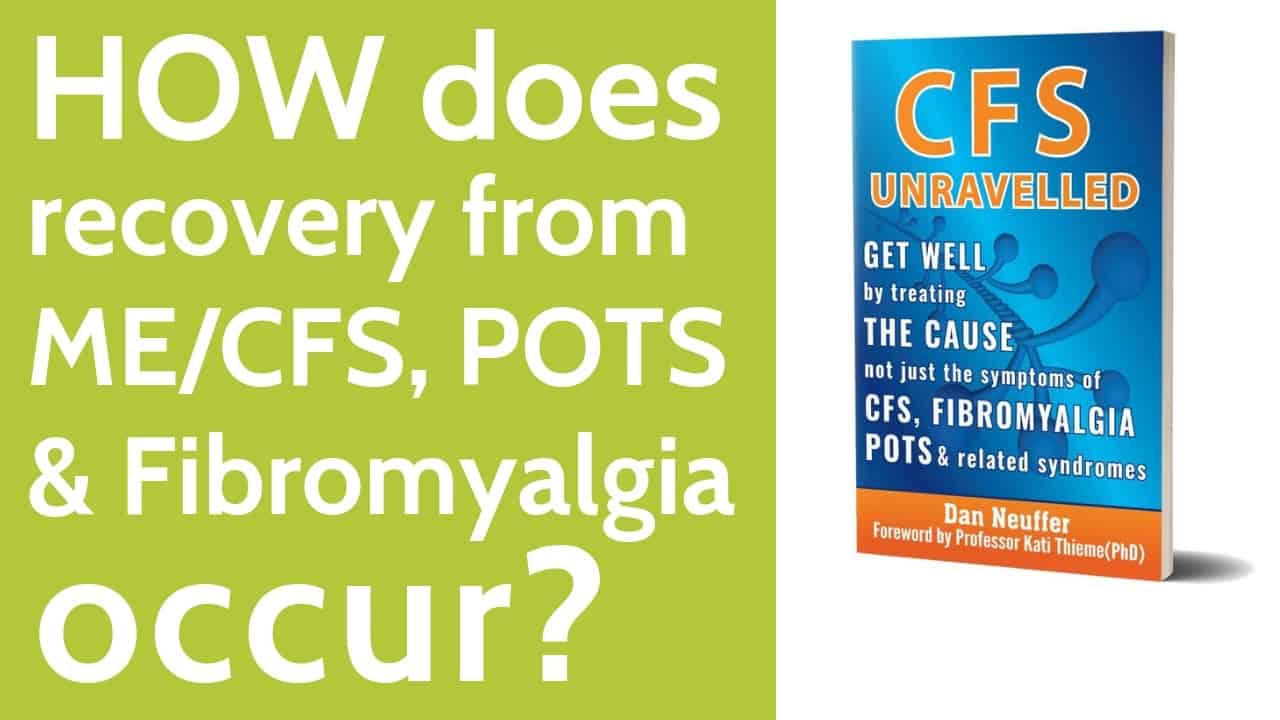 Part 3: How does recovery from ME/CFS/Fibromyalgia/POTS occur?

Welcome to part 2 of the video series that summarizes my explanation for what I believe causes Chronic Fatigue Syndrome and Fibromyalgia Syndrome. Please make sure that you watch part 1 of the series first where we identify an Autonomic Nervous System dysfunction as being absolutely central to CFS.

Okay, so the question is; why is this ANS dysfunction occurring?  What actually controls the ANS?

Well, first thing, let’s start by recapping and understanding a few things. In particular the ANS, we want really understand it in a little bit more detail.

The chief function of the ANS is to keep your body running,  to control your heart rate, your breathing, digestions and so on to ensure that you continue to stay alive.

So the ANS is regulated between these two systems to have an appropriate response to stress.  This could be all different types of stress but let’s split them into two main categories:

Psychological stress is a feeling of strain or pressure, feeling overwhelmed, having anxiety and so on.

Now perhaps you are thinking, mmmh, I seem to have most of those. And look, in that lies another clue as to why this illness perpetuates.

Because when we look at the onset of most CFS sufferers, then leading up to first symptoms there is usually a large amount of stress, and that is obviously one of the factors that we consider.

having a baby or maybe even several pregnancies in a row with only small gaps in between;

having a physical injury;

having a toxic exposure;

And of course, the stress is ongoing whilst you are ill, both psychologically and physiologically.

So now you are in a vicious cycle; your illness causes stress which doesn’t allow your body to heal and hence keeps you ill.

When stress is extreme and chronic, a gradual breakdown in the regulation of the ANS can occurs.  Over time, this can be further exacerbated by the creation of inappropriate stress responses and overactive parasympathetic activation.

Further complications occur as a result of this dysfunction.  So not only does cortisol change the regulation of the ANS and all the hormones regulated by it such as the adrenal hormones, thyroid hormones, adrenaline, noradrenaline etc etc., but it also affects the production of serotonin in the brain as well as acetylcholine and other important neurotransmitters.

It is not just simply a matter of how much signaling hormone is present (such as cortisol), but also how the receptors function or degrade over time.  This degradation leads to autonomic dysfunction.

This is similar to what happens in type 2 diabetes.  It isn’t just about how much sugar diabetics consume or how much insulin hormone they produce or inject themselves with, but rather how the body reacts to the hormone, which is called insulin resistance.

But if the ANS dysfunction is so central, where exactly does it occur?

Chiefly, these are the A6 also known as the Locus Ceruleus, the A5 and C1.  These are further regulated by the Dorsal Raphe which is the main centre for the release of serotonin to the forebrain.  Serotonin is central to mood or depression as well as the production of melatonin involved in sleep.

Also the Median Raphe is involved and there are also axons that project into many other areas of the brain including the thalamus, the hypothalamus, basal ganglia, the amygdala, the neocortex and also the spinal cord.

Now, there is a complex interaction between these nuclei, but let me summarise by saying that the Locus Ceruleus is key in regulating between the neural & adrenal SNS response.  So you remember, I said that adrenal function is only a part of the sympathetic nervous system.  A lot of the response is actually via the nerve fibres, which is lightning fast.

And the Locus Ceruleus which normally balances the ANS, actually naturally declines in function as we age.  It also matures late in life, in your late teens.  I believe that this not only what explains why CFS is more prominent in people over the age of 40, but also why we see a higher than normal incidence of childhood trauma in CFS sufferers.

But here is a key point to realize.  Excessive or chronic stress will actually also reduce the function of the locus ceruleus and the extremely complex feedback loop between cortisol, serotonin, noradrenalin and other neurotransmitters can lead into a whole spiral of dysfunction.

So it is not just the amount of stress present in your system, but the way your body actually responds to this has been changed, leaving you stuck in this vicious cycle.

So now we can see why different people get into CFS in different ways. What they have in common is this stress. Whilst one person might have suffered a physical assault, another person may have suffered two pregnancies in a row with very little time in between. Or someone else might have had a toxic exposure, they might have had a vaccination, they could have a bad viral infection. There is really a whole range of triggers initially.

Okay, now, you might be starting to see how the symptoms are created and why people get CFS in so many different ways. But other questions remain mainly around treatment.

Perhaps you can already start to see why some treatments work for one person and not another.

But in my third and final video, I will explain the treatment conundrum in a little detail and also outline what I believe are some of the most important elements of a successful recovery from CFS.

This list is not to be used for the purpose of self-diagnosis as many of these symptoms may be produced by other serious illnesses.  Hence you must seek the advice of a medical doctor to ensure that you receive appropriate medical care.

You can help by 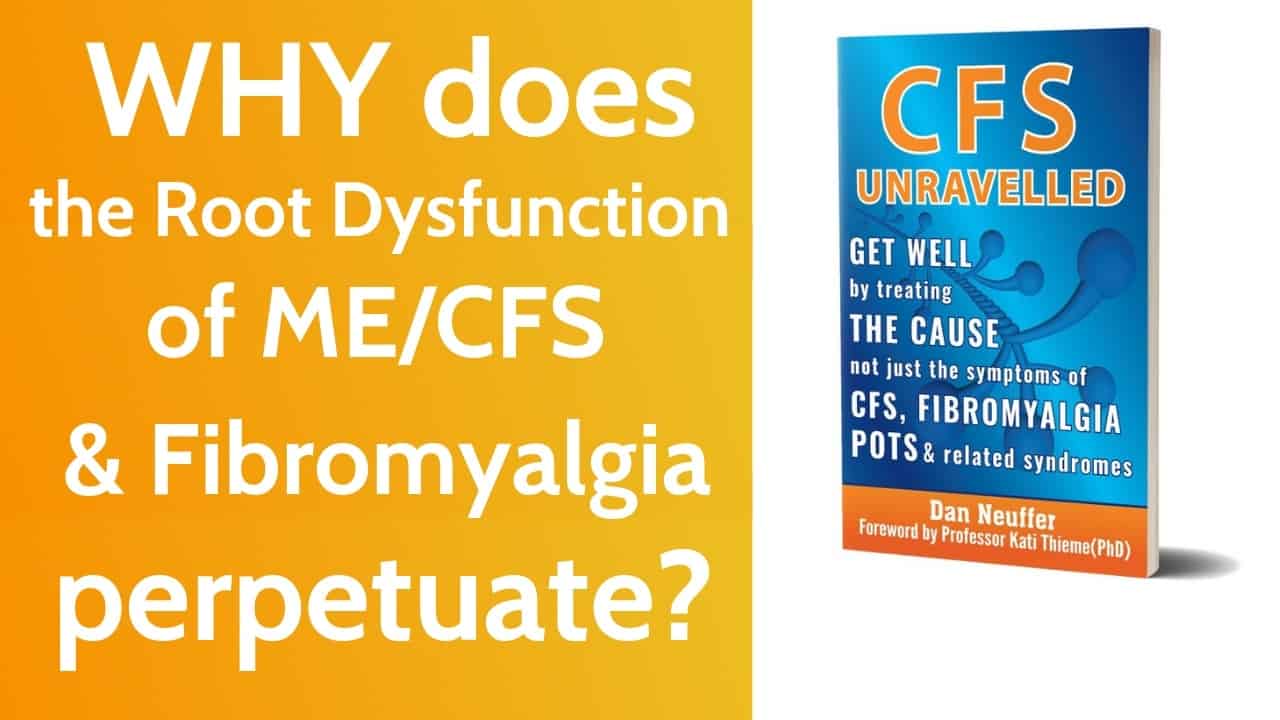 Why does ME/CFS/Fibromyalgia POTS perpetuate? 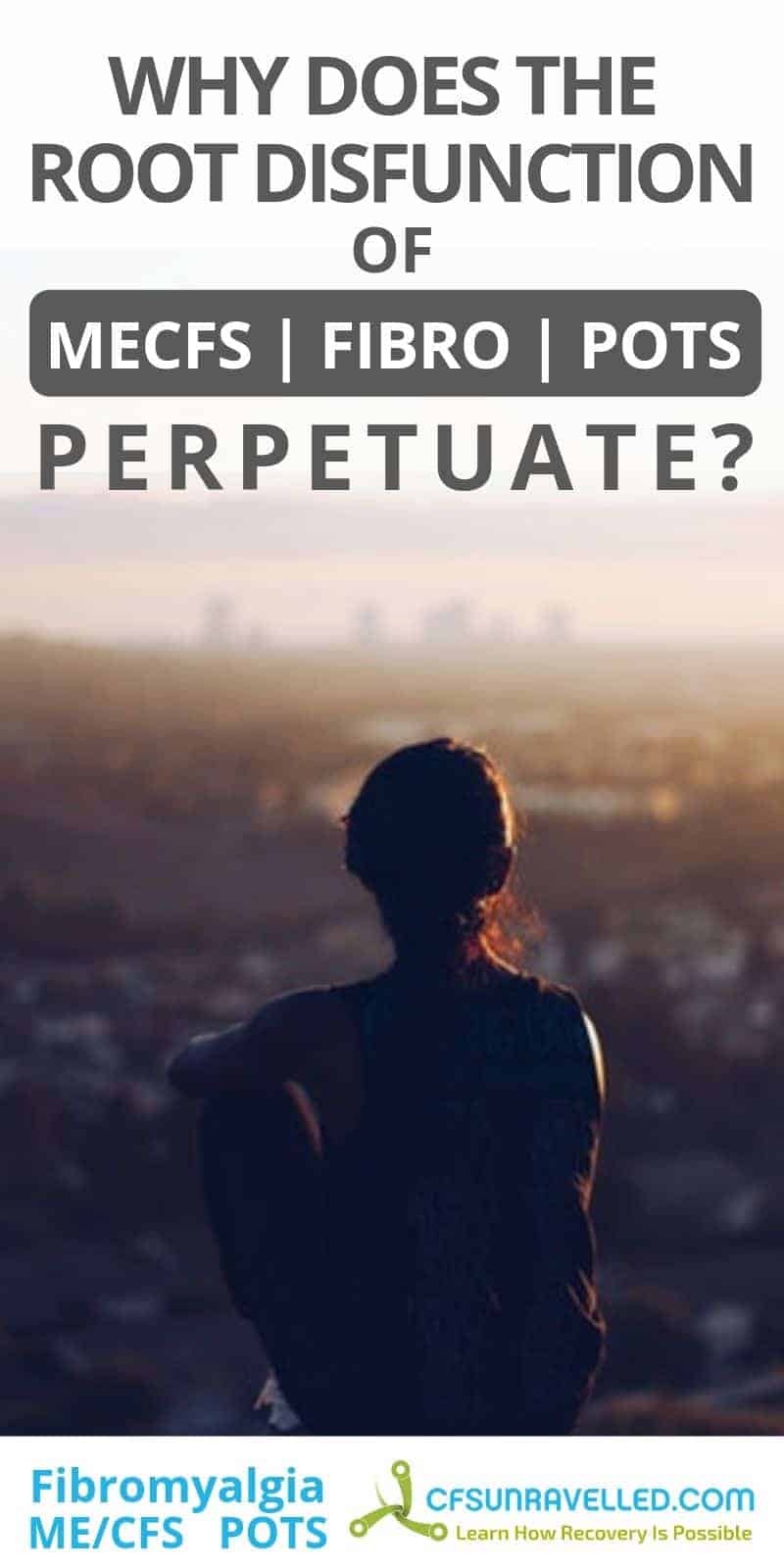