How is ME/CFS & Fibromyalgia Diagnosed?

How is ME/CFS & Fibromyalgia Diagnosed?

Whilst having your ME/CFS & Fibromyalgia diagnosed is difficult for several reasons that we explore, self-diagnosing can be downright dangerous.

Before we even consider how ME/CFS & Fibromyalgia is diagnosed, we need to consider WHO will diagnose whether you have ME/CFS or Fibromyalgia.

You need to understand the divides in the medical community regarding diagnosis of ME/CFS/Fibromyaliga.

Diagnosing ME/CFS/Fibromyalgia – A Backdrop of Challenges around Diagnosis

First of all, the experts do not have a clear definition of what chronic fatigue syndrome or fibromyalgia syndrome is. In fact, they don’t even agree that they are different expressions of the same illness.

Further, many medical doctors and specialists don’t believe that ME/CFS & Fibromyalgia is an illness at all.

Whilst some doctors will still roll their eyes and label people presenting ME/CFS/Fibromyalgia symptoms as either malingerers or as having depression (which of course they may or may not actually have), this is less common these days. Over the last decade or so, more doctors have become familiar with this illness and recognise it as a real experience. 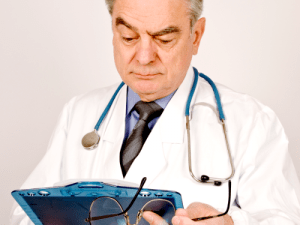 However, even those doctors who do recognise that you are having genuine symptoms and are not making them up, don’t necessarily believe ME/CFS/Fibromyalgia is an illness. Instead, they believe it is just a collection of symptom of some other underlying dysfunctions.

In a way, this is somewhat true. ME/CFS/Fibromyaliga  is a collection of symptoms that varies between sufferers and it is the result of a variety of underlying dysfunctions.

However, the critical distinction to be realised here is that these are not just dysfunctions that need to be addressed and corrected to get rid of ME/CFS/Fibromyalgia symptoms. Instead, these dysfunctions are the result of the underlying illness of CFS. If that is a bit confusing, you can watch the videos on why understanding the cause of CFS is critical for your recovery.

Fibromyalgia is traditionally diagnosed by a Rheumatologist in many countries. So your G.P. will then refer you to the rheumatologist for a diagnosis after doing some ground work. I have seen doctors shy away from making a diagnosis themselves to avoid stepping on the toes of the specialist.

But many doctors will shy away from making a diagnosis of all expressions of the illness, not just fibromyalgia. This often leaves ME/CFS sufferers running around for years trying to find out what’s wrong with them only to eventually self-diagnose and recognise their condition as ME/CFS.

But self-diagnosis can be very dangerous as explained in a moment. To understand why, we should first consider how chronic fatigue syndrome and fibromyalgia are diagnosed.

The biggest problem for the medical community is that there is no definitive laboratory test or biomarker for CFS. The main reason for this is that in ME/CFS/Fibromyalgia, the body is not working properly as opposed to any one thing not working at all.

Modern western medicine tends to work in absolutes as opposed to a spectrum of function. For example, if your adrenal glands are producing severely insufficient steroid hormones, you may be diagnosed with Addison’s disease, a severe and serious condition requiring steroid replacement therapy. However, if you are producing severely suboptimal steroid hormones, but not to the extend where Addison’s disease is diagnosed, then everything is fine!?

Clearly, not everything is fine in such cases but clearly such conditions are not the same as Addison’s disease where there is a clear and total or near total failure of an organ that can clearly be tested and diagnosed.

Now in ME/CFS/Fibromyalgia, there are many dysfunctions. But is usually diagnosed by exclusion first. So your medical doctor needs to undertake an extensive series of investigations to rule out other potential causes for your symptoms. This is critical which is why self-diagnosis is very dangerous.

Some of the conditions that doctors need to rule out include:

Plus many more given the wide range of ME/CFS/Fibro symptoms. Without such investigations, you could be leaving very dangerous and serious medical conditions untreated. This is also the reason why I always recommend that ME/CFS/Fibro sufferers stay under the care of their medical doctors even if they become disillusioned with their progress.

Unfortunately more in-depth investigations can sometimes confuse the issue. Conditions such as hypothyroidism and other dysfunctions which often results from ME/CFS/Fibro are often found and then marked as the cause of the symptoms. The real question is, what is causing these dysfunctions? The answer is of course is ME/CFS/Fibromyalgia.

Chronic Fatigue Syndrome is usually considered for diagnosis if you meet the following criteria:

The diagnosis criteria will vary between countries and have also changed somewhat over time.

In the past, a criteria for diagnosis included :

Once again we come across somewhat of a problem with abosolutes, because if you only have 8 tender points, under this criteria you don’t have fibromyalgia.

As a result, many doctors have adopted a point scoring system that considers severity of symptoms and how widespread they are.

What makes it particularly difficult for your doctor, is that symptoms will fluctuate over time.

Please be patient with your doctor. If your doctor sends you to have seemingly endless tests, realise they are being diligent and wanting to make sure all other explanations can be excluded. This is a critical step and if you have already come to the conclusion that you have CFS in your own mind, please recognise the importance of going through this process with your doctor.

If your doctor is not being understanding or suggests that your illness and symptoms are not real, change doctors. This illness is difficult enough already without having someone make you feel bad about your symptoms.