Others don’t understand what you’re going through with ME/CFS, Fibromyalgia or POTS, but do you?

Please note that the orginal version of this article was originally published on Health Rising with the title “Nobody Knows What Chronic Fatigue Syndrome / Fibromyalgia is Really Like (Probably Not Even You)”.

Upon publishing CFS Unravelled, one of the most common bits of feedback I received was “This guy really understands how ME/CFS/Fibromyalgia affects you”.  This really stirred a lot of emotions in people.

Well after almost 7 years, of course I knew how ME/CFS & Fibromyalgia affects you.  And like most people, there was a great relief and validation when I first spoke to others and learned how they were affected by it all in similar ways. 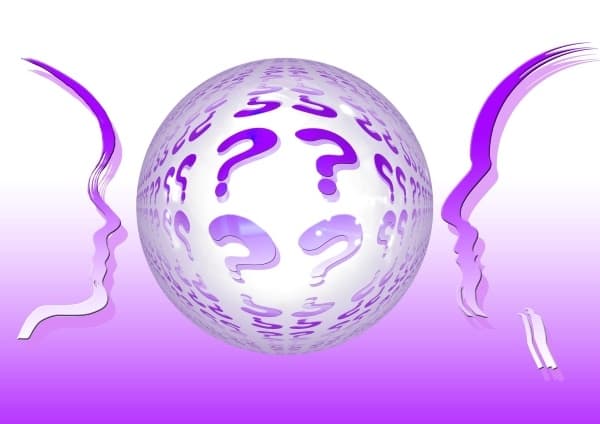 Hearing how others experienced the same frustrations, the same injustices that I had, really affected me.  Because no matter how much you try to explain how the illness affects you, others simply don’t seem to get it.  And it makes sense, because they can’t understand something they don’t have a frame of reference for.   Their description of fatigue or pain doesn’t compare to what we experience.

And nobody gets how we are affected day in day out, week in week out.  Nobody gets how you suffer when months turns into years, NOBODY, probably not even YOU!  That’s something I only realised long after recovering from Fibromyalgia/ME/CFS!

Recently during a recovery interview with someone that I had coached to recovery after 15 years of illness, this all came back to me.  We had looked at some footage from a few years earlier of himself speaking about his experience with ME/CFS, and he started to cry.  I asked him why and he explained how he could see how he suffered back then and how we was trying to hold it all together.

Sure, we all think we know how much we suffer with Fibromyalgia or ME/CFS.  After all, we live with it every day, right?  However, I feel that most people don’t realise the real extent of how they are affected by the illness during the time that they are sick.  The best way to illustrate what I mean is perhaps to relive some of my personal experience with ME/CFS/Fibromyalgia and recovery.

Like most people, I tried my best to live some sort of normal life despite being ill.  On my ‘good’ days when I was not experiencing a flare up, I would do my best to do normal things that other people do with their families.  One of these was visiting the theme park SeaWorld, where the kids could enjoy the day.

But about 12 months following my recovery after 7 years of being ill, I had been very busy with work and doing some heavy labour in the garden, when went to visit SeaWorld again.  I was tired and pretty sore, the way a healthy person gets when they exercise too much.  We had a great day that day and lots of fun, but somehow it felt like my first time there.

I walked around the park and as I stood in one of the queues, when it suddenly dawned on me what the true extent of my suffering was during all those years.  I was tired and sore, but the whole effort of being there was completely easy.  It was easy to get around the place, easy to stand in the queues, easy to have fun.  It was easy to look for food, to carry the bag, to stand up, to sit down, to find out where we were going next, it was all easy. 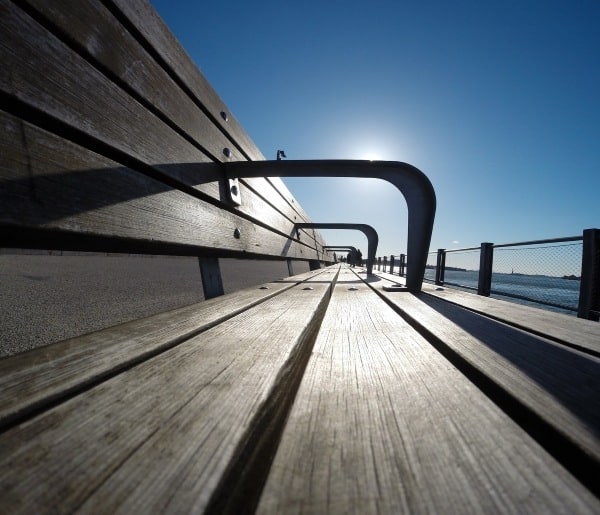 After the ride, I ended up sitting on a park bench whilst the kids went off with mum.  I had a strong sense of déjà vu.  Suddenly I vividly remembered all those old emotions and feelings that I had experienced so often during my illness.  As I remembered, I felt a wave of emotion flooding over me.  It was so much clearer now just how hard it had been to do anything back then, even during my ‘good’ days.  It was only the contrast of the ease of doing things now, that showed me the true depth of my difficulties during those years.

It was an odd feeling, I kind of felt very sorry for ‘that person’, that former me who had  dragged himself around, whilst in every moment continually looking for some respite.  “Where I can I sit down?”  “What can I lean against?”.  “What should I eat or drink to get through the day?”  “How much longer until we go?”  “How far do I have to walk next?”

I tried to have fun, I tried to keep things upbeat, but often there was only little joy  because I was suffering so severely.  Simply being out of the house was such a strain.  And suddenly sitting on that bench, with my new perspective after having recovered from ME/CFS/Fibromyalgia, I realized that I had been so distracted back then, trying to hold things together, that I had lost my frame of reference for what was reasonable back when I was sick.

It had become obvious to me that I had pushed myself beyond what normally would have thought was reasonable.  If a healthy person suddenly experienced what I was experiencing back then, they would not have dragged themselves around trying to pretend to be normal.  Instead, they would have lied down and maybe called an ambulance.

So I asked myself; “Why did I push so hard?”  I had worked so hard! I had tried so hard to maintain some semblance of normality – and it had cost me so much!

It all suddenly really hit home.  I knew it was difficult during those years, but now I had a whole new perspective about it all, and I felt a deep sense of grief about my years of suffering.

This realisation is not unique to me, I have seen it in many other people that recovered from Fibromyalgia or ME/CFS, especially from people who were sick for longer periods of time.

It hadn’t been just the physical stress during my years with CFS/FMS, but also the mental stress, the worrying about how it will turn out and the fear that I might get worse, or perhaps that I might never get better.  To be frank, I had come to the conclusion that I would likely have Fibromyalgia/CFS for the rest of my life.

IF I had known that recovery was possible, though, if I had known that there was an end in sight, then perhaps I would have given myself more of a break.  Like when you have the flu, you just take a time out, right?

But when you think there is no end in sight – you just push on don’t you?  And as you do so, over time, many (if not all) of us simply lose perspective of what normal is.  We get so focused on holding it together and doing what we can and trying to get well, that we never get the opportunity to step back and look at our experience objectively.  Most of the people I have spoken to, seem to only realize the full extent of their experience after they have recovered.

Having lived with the illness for years myself and having seen others get stuck in these awful low places, I wrote a little book called Discover Hope : 34 Steps To Find Hope and To Cope with Chronic Fatigue Syndrome & Fibromyalgia.  It’s a short easy to read book that could help you find a more positive place from which you can hopefully start taking action to improve your health and your life.  So if you’re feeling a bit low, then hopefully it can give you a little boost and help you change your perspective. 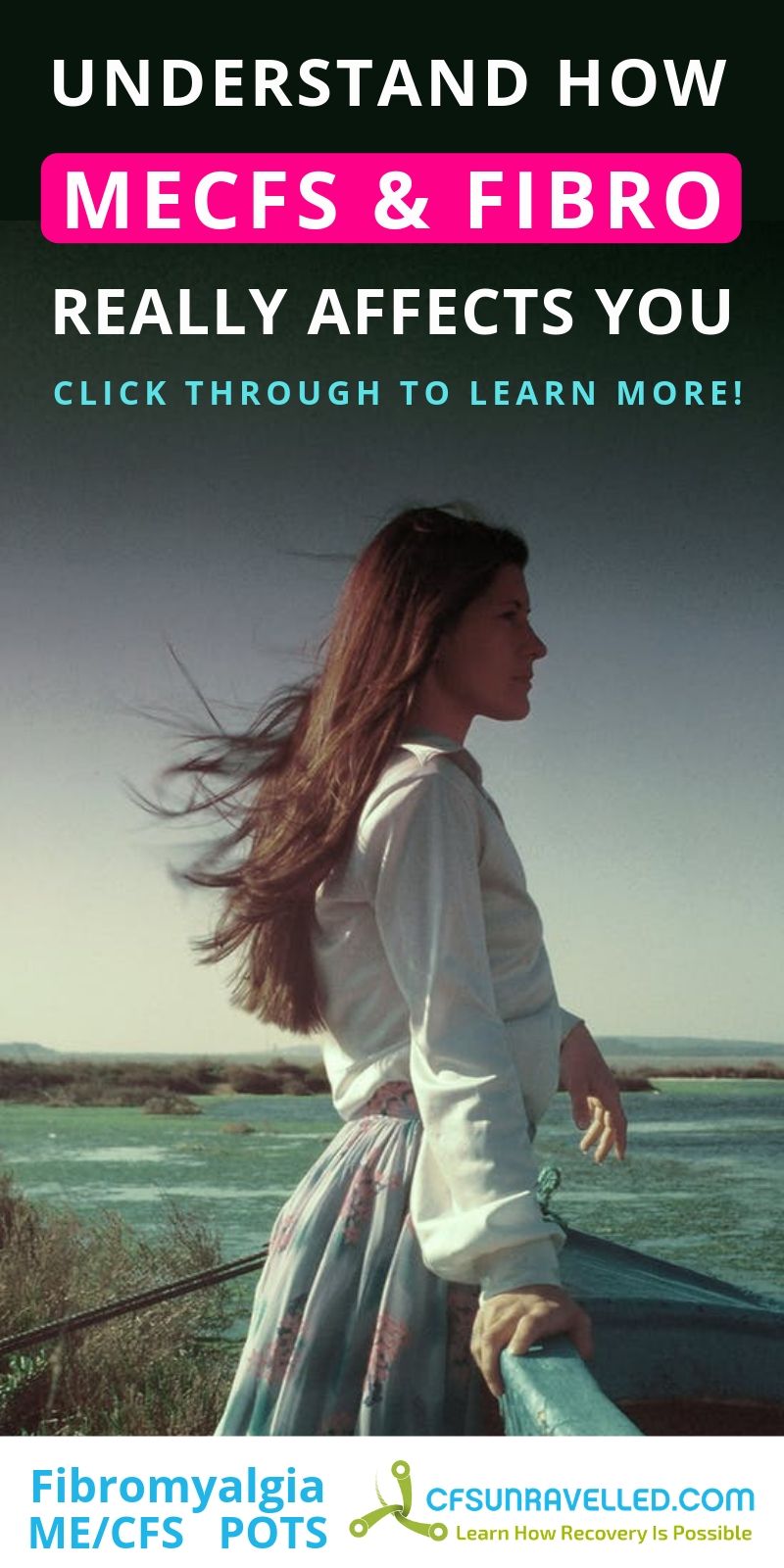 Another amazingly insightful piece! Thank you Dan, for being able to put into words many of the thoughts I seem to have but cannot articulate myself! In the past few weeks since truly feeling I am in recovery, I have been reflecting upon my own journey of ill-health over the past years and it is amazing how differently my “memories” now are! As you have stated, I feel a lot of sympathy with my previous self and know I should have been much kinder to myself so much sooner! I suppose everyone has to make their own journey and their… Read more »

Hi Lynne
Thanks for your comment.
It seems that most of us that go through recovery from ME/CFS or Fibromyalgia have this moment – often with mixed feelings.
🙂