With so many people claiming cure from different CFS Treatments, why is there no official cure for CFS?

So symptoms can be wide and varied and include exhaustion, unrefreshing sleep, muscle and joint pain, headaches, sore throat and other flu-like symptoms as well as cognitive difficulties, digestive problems, poor immune function and many other symptoms. 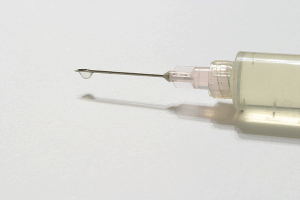 So CFS treatments will vary depending on who is suggesting the treatment.  Doctors often discuss options such as cognitive behavior therapy to help manage the illness as well as graded exercise therapy.  Other strategies include pacing oneself, which really is not much of a treatment.

More commonly, medical doctors will consider pharmacological treatments for CFS.  These will often include antidepressants, hormones and other drugs for immunotherapy or symptom control.  Symptom control medication usually addresses sleep disorders, infections, digestive dysfunction, pain management and some others.  Whilst this will not necessarily cure CFS, it certainly can give some much welcome relief.  However, it is important to make sure that the treatment does not create any toxic burden on an already overtaxed system.

Alternative and complementary CFS treatments include nutritional supplementation to correct mineral and vitamin deficiencies and help support biological functions that operate sub-optimally.  Many naturopathic treatments will also include the use of herbs to stimulate various hormonal and other functions in the body.

However, there are also countless other treatments available.  Whilst almost everyone claims to be of some help to treat CFS, results vary greatly and no one single treatment has been clinically proven to cure CFS.
However, that does not mean that treatments don’t work.  In fact, you will find people who have recovered from CFS using virtually any type of treatment.

So, on the one hand, the wider medical community claims that no treatments have been shown to cure CFS and on the other hand, countless people claim that virtually any treatment has helped them to recover from CFS.
Strangely enough, both are correct to some extent.  The real problem here is with consistency and ability to reproduce results.  Whilst a treatment might very well work for one person suffering from CFS, it often won’t help the next.
The main reason for this is that whilst various treatments may be effective, the usually produce results indirectly as opposed to addressing the central cause of the illness.

Whilst the wider medical community is starting to come up to speed with regards to this illness, there is still a lot of skepticism around CFS.  There are still many doctors that describe CFS as not being a disease but rather a collection of apparent symptoms.  So it is no surprise that the wider medical community cannot come to a concensus with regards to this illness.  And yet there are numerous authors (the author of this article included), who have identified the same underlying dysfunction that causes CFS, which can explain the vast majority of your symptoms.