Fatigue and Pain are only part of the symptoms. The list of ME/CFS/Fibromyalgia symptoms is much longer than many people realise.

With this illness having different expressions, the list of symptoms varies significantly among sufferers and the illness is often categorized into different groups such as Chronic Fatigue Syndrome (CFS), Fibromyalgia (FM) or Fibromyalgia Syndrome (FMS) and Chronic Fatigue and Immune Dysfunction Syndrome  (CFIDS).   In the United Kingdom, CFS is usually called Myalgic Encephalomyelitis or (ME).  However, many parts of the medical community have still not come to agreement that these illnesses are in fact connected. 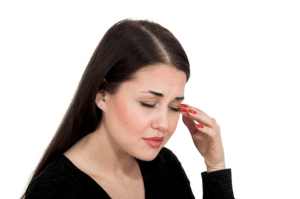 Please note that many of these symptoms may change over time, and that ME/CFS symptoms often come in recurring bouts.

IMPORTANT NOTE:  This list is not to be used for the purpose of self-diagnosis as many of these symptoms may be produced by other serious illnesses.  Hence you must seek the advice of a medical doctor to ensure that you receive appropriate medical care.

Whilst some regard the above list to be the core Chronic Fatigue Syndrome symptoms, there are actually many others.  These include but are not limited to:

Fatigue and pain tend to be a very prominent symptoms, but poor immune function, sleep dysfunction and neurological cognitive difficulties are all central ME/CFS & Fibromyalgia symptoms.

The thing to realize is that the fatigue symptom in ME/CFS & Fibromyalgia are nothing like what normal people experience.  Even if a healthy person runs a marathon, the exhaustion is not the same.  ME/CFS & Fibromyalgia fatigue is an overwhelming physical and mental exhaustion that is debilitating, sometimes stopping the CFS sufferer from doing even the most basic things, such as lifting a hand or speaking.  This chronic fatigue is not diminished by rest as in normal healthy people.

One aspect of the fatigue is post-exertional fatigue, which is one of the most distinctive symptoms of ME/CFS & Fibromyalgia.  It is the worsening of ME/CFS & Fibromyalgia symptoms following even moderate mental or physical activity with disproportionate loss of mental and physical energy.  The worsening may be delayed by 24 hours or more and recovery to pre-activity levels is slow, taking days, weeks or even months.

The ME/CFS & Fibromyalgia neurological cognitive difficulties may be made up of a number of problems and are often referred to as brain fog.  These include, poor concentration, difficulty in finding words, other short term memory problems as well as an inability to calculate numbers.  The difficulties can also result in slurred speech, vision problems or even ringing in the ears.  One other significant ME/CFS & Fibromyalgia neurological problem is the inability to deal with sensory input, creating hypersensitivity to noise, touch, sound or even visual stimulus.

Chronic Fatigue Syndrome and Fibromyaliga immune dysfunction varies from person to person, like much of the illness.  However it can show itself as general flu-like symptoms that include a low grade fever, headaches, sore throat, tender lympth nodes.  Allergies that have become exacerabated can also be a ME/CFS & Fibromyalgia symptom.

Many commentators also list multiple chemical sensitivities under immune dysfunction.  Whilst this is true to an extent, I explain how MCS is directly to the cause of ME/CFS in CFS Unravelled.

The key is to address the cause of all these dysfunctions that cause ME/CFS & Fibromyalgia symptoms.  This is best achieved by addressing the cause of ME/CFS whilst eating a supportive diet and utilising a number of strategies and treatments tailored to your needs.