What is Chronic Fatigue Syndrome (CFS) – the answer might surprise

If you are asking “What is Chronic Fatigue Syndrome (CFS)?”, then your very next question is probably “What is ME/CFS?” and “What is Myalgic Encephalomyelitis (ME)?”. Why the different names?

All these different names for the same illness show the history of confusion and lack of definitive diagnostic tools.

Whilst a distinction in definition can be made between ME and CFS and some people argue these are different illnesses or subgroups, in actual fact it is more of a difference of naming convention.  People in Europe and the UK more often using the term ME and people elsewhere more often use CFS.  Post Viral Fatigue Syndrome was born from the experience where people start to develop CFS after they experience a virus.

So many names for one condition!

When people ask 'what is chronic fatigue syndrome', they often think the answer has solely to do with fatigue. However, whilst there is a core set of symptoms, the extended list of symptoms is large and varies between patients.

The core symptoms include:

But there can be many more symptoms of CFS, including immune dysfunction, pain, nervous and digestive system symptoms and sensitivities to stimulation and foods and medicines.

Post-exertional malaise (PEM) is a core symptom of the illness and can occur after either physical or mental activity.  However, such activity does not just create malaise, but usually triggers a significant worsening of symptoms.  This CFS symptom exacerbation (often referred to as a flare up or payback) after activity can last days, weeks or even months.

Chronic Fatigue Syndrome is a serious and disabling illness that affects people to varying degrees.  The severity can fluctuate over time leaving people very ill and bed-bound at times, but being able to engage in some study or work when the illness is milder. However, even when people experience milder CFS, it usually impacts their ability to engage in leisure and social activities often leading to isolation.

Having discussed the range and severity of CFS symptoms, it might seem strange to talk about whether ME/CFS is real or not.  However, with so many of the symptoms difficult to measure and based on patient reporting, the myth that the illness isn’t real can occur. Unfortunately, this is sometimes expressed by suggesting that patients are hypochondriacs, depressed or attention seekers making up their symptoms.

This is extremely distressing for a patient, given the genuine symptoms they are experiencing. People already find it difficult to deal with the illness and are often very vulnerable, so CFS advocacy and awareness play an important role in supporting people experiencing CFS.

Another reason why some people think the illness isn’t real, is that they view the symptoms as a collection of separate dysfunctions. However, once you understand the pathogenesis of the illness as described in CFS Unravelled, you can see that the different dysfunctions are connected and not a random coincidence.

Not only have I had this illness myself, but I have interacted with thousands of people experiencing this illness and I can categorically assure you that any suggestion that CFS isn’t real is simply not true and not fair.

Who gets Chronic Fatigue Syndrome

Anyone can experience Chronic Fatigue Syndrome, although it is often suggested that more women get the illness than men. Given the low rates of diagnosis and the fact that men are less likely to report and pursue medical help from their doctor, there may be just as many men with ME/CFS as women.  Whilst the illness is most common in people in their 30s, 40s and 50s, the illness can occur at any age including childhood.

The Institute of Medicine released a report in 2015 suggesting that ME/CFS affects 836,000 to 2.5 million people in America alone.  Global estimates vary drastically but can be in the order of 0.2% to 2.6% of the population.  Further, if you include Fibromyalgia to be on the same spectrum of illness with rates of 2-4%, the total proportion of the population that are experiencing the illness may be as high as 6.6%.  However, given the poor rates of diagnosis now and in the past, the percentage of people that have had or currently have the illness may be significantly higher.

Cause of Chronic Fatigue Syndrome

It is generally understood and reported that researchers have not found the cause of CFS, meaning they have not found the root cause or root mechanism of the disease and that they don’t understand the disease process (ie. the pathogenesis of CFS). However, it may be more accurate to say that the cause of CFS is not widely understood or agreed upon.

The challenge for the medical community is that CFS affects multiple bodily systems and hence there can be multiple ways or disease processes that lead to the symptoms (the pathophysiology of CFS).

Chronic Fatigue Syndrome is also an illness with a large range of symptoms, many of which present in other diseases.  In addition, the vast majority of tests show either normal or somewhat abnormal function, as opposed to a definitive abnormality.   This reflects the fact that the body is in a deep state of dysfunction in CFS rather than a particular system/organ being “broken”. (such as in heart disease or Addison’s disease)

In CFS Unravelled, the complex dynamics and etiology, pathogenesis, pathophysiology and recovery mechanisms are explored in detail.

What is Chronic Fatigue Syndrome - Summary

Chronic Fatigue Syndrome is a neurological illness that affects every system of the body creating a large range of symptoms. It can occur at any age and can last a shorter time of six to twelve months or it can longer. Some people experience full remission and can have a flare up again later in life, however some people experience a full and lasting recovery. 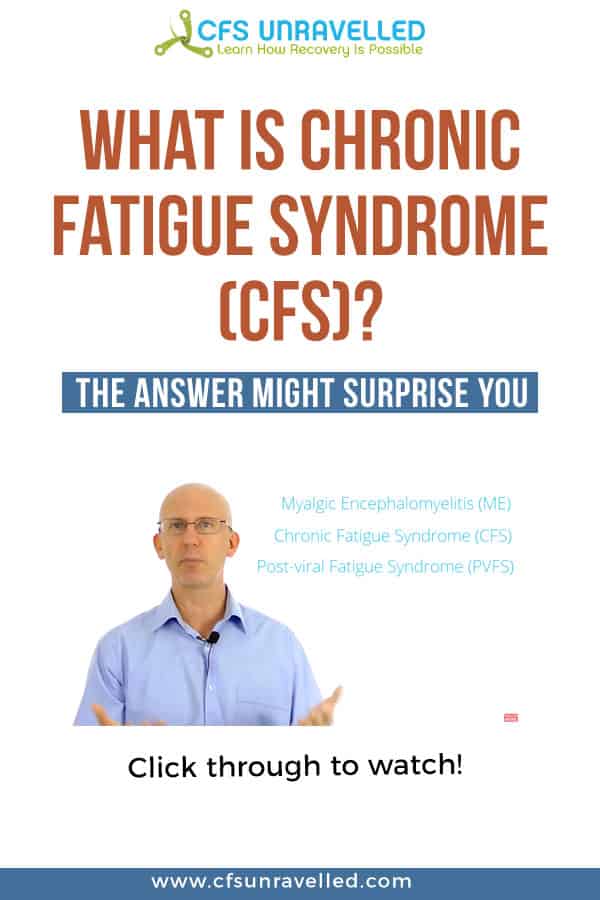 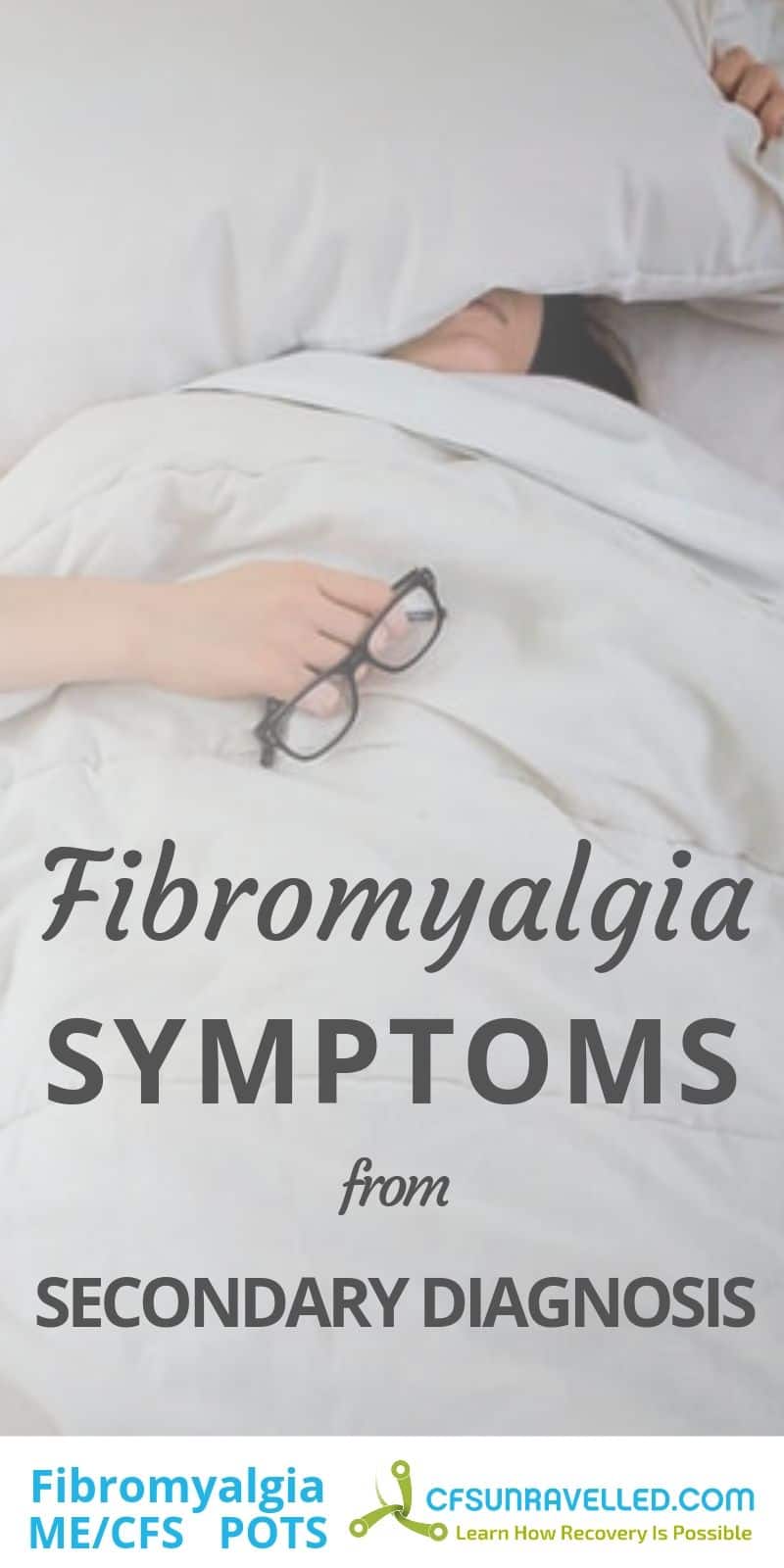 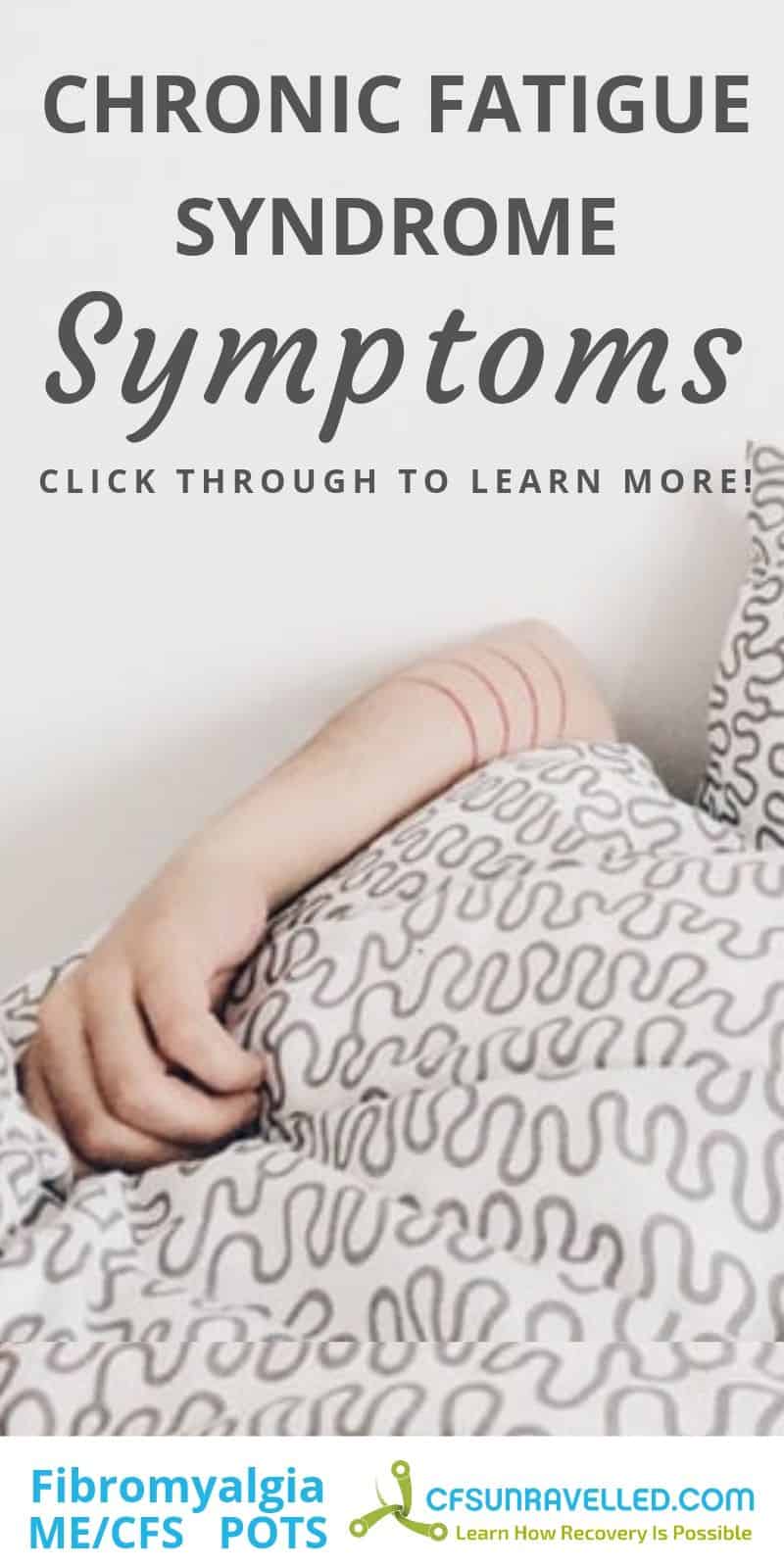 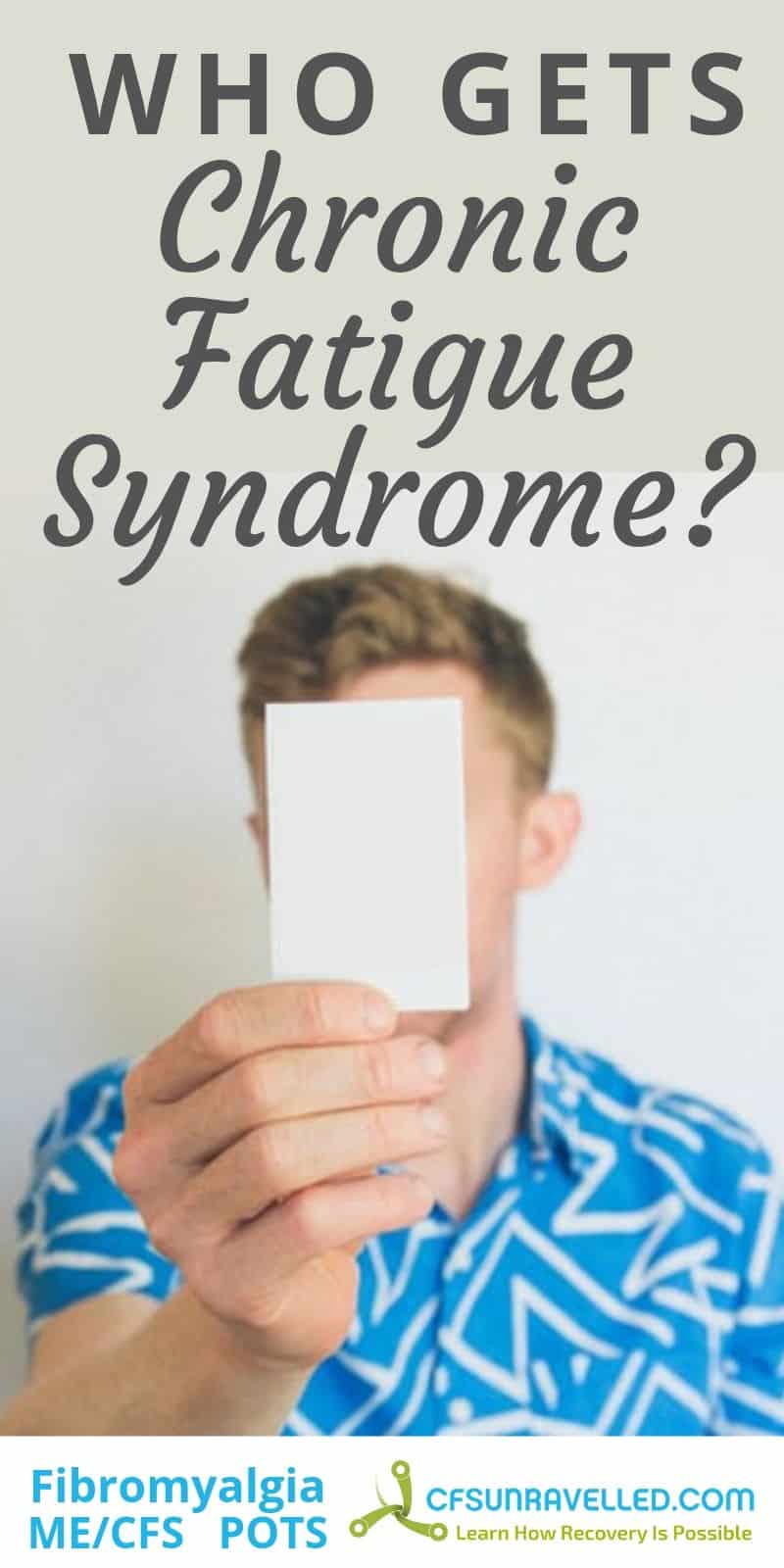 Dan, so pleased you have the energy, drive and insight to go in this new direction. Although I do not have the energy myself to follow all that is going on in the ME/CFS world here in the UK, I am still occasionally surprised to come across small groups of people who are all doing basically the same thing. It usually starts with one person with M.E. or a relative, who makes contact with others, provides some information and /or support online and then enlists complementary practitioners and sometimes a sympathetic National Health Service worker to give talks and support… Read more »

Totally get this feeling that the wheel keeps being re-invented.

Hoping that these new efforts can help create more unity – more cohesion for a movement forward together. 🙂

Hi Dan N When iam forced to another level of trauma,I know there is a God ,It never fails I find people who haved lived through instead of a suicide victim thank you so much for your videos I feel tremendously blessed. Bonney ⛲️

Hi Dan. I have some questions.. First, since im sick, i take 2~3!! Grams of magnesium every day. Normally you get diahrrea if you take too much. I only get it at 4grams a day. What do you think, is it be because my body needs so much or my gut cant take it up? Second is, i take some other supplements like OPC, Vit C, Glutathion, Carnitine and othet antioxidants, which helps a lot (imo) but i wonder what is more important in your opinion ~ high quality(organic) food or supplements? I have not enough money for both.. And… Read more »

Hi Susan I am not sure if you read CFS Unravelled or are in the ANS REWIRE program or not, but if you have watched the summary videos https://cfsunravelled.com/the-root-cause-how-recovery-is-possible/ you will hopefully have gleamed my core message: TREAT THE CAUSE, NOT JUST THE CONSEQUENCES. So yes, these different strategies help, but the key is to go beyond that to focus on normalising ANS function! Supplements can have huge impacts, but they don’t fix the illness. A strategic approach with supplements as part of an overall recovery plan is what I would suggest. Eating organic is great if you can afford… Read more »

Thanks Dan for making this informative video.
Just a thought. A friend listened to it and it helped. She was clear on how it is was caused and the symptoms but would have liked to hear what part of the brain is affected. Maybe a little bit of information about what happens to the Amygdala when CFS begins. Could help to pin point the context of the illness ‘CFS/ME’ 🙏

Thanks for the feedback.

Hopefully this video series about the root cause of CFS should help.