Does Fibromyalgia Come And Go

Does Fibromyalgia Come And Go?

The pain and other symptoms of fibromyalgia typically come and go over time. This is referred to as flare ups.  However, some people make a full remission from fibromyalgia syndrome to become symptom free.

Some of these fibromyalgia recoverers find that the syndrome can return at a later point in life. Others stay fully recovered without any return of symptoms. 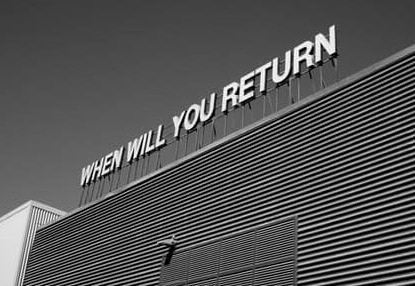 Unfortunately, the diagnosis for fibromyalgia is not simple and usually made after excluding the possibility of other diseases and by identifying a number of usual symptoms. This lack of clarity around the fibromyalgia diagnostic process can make the answer as to whether someone has recovered difficult.

It is common for sufferers to learn to manage their symptoms over time and have extended periods of better health. Also the symptoms of fibromyalgia naturally wane from time to time, leaving the person wondering if the symptoms are simply fluctuating or if the syndrome has gone into remission.

Waning of fibromyalgia is sometimes a mixed blessing

The reduction in symptoms for any illness would ordinarily be seen as a blessing. However, given that fibromyalgia sufferers often already have difficulty in proving the existence of their illness to their doctors, reporting symptoms that are no longer present can obviously make this task even harder. Eventually, this could lead to even the sufferer not being fully sure whether the illness is real, which clearly it is.

But not only does fibromyalgia come and go, the nature of the symptoms can also change. Some fibromyalgia symptoms disappear over time whilst new ones start. This metamorphosis of fibromyalgia can make treatment and living with the illness even more frustrating.

Can you experience a lasting recovery from fibromyalgia?

Over a period of time, patients sometimes find that not only include the pain, but even the whole illness can seemingly go. Such remissions are often followed by relapse some time, sometimes years, down the track. This is usually due to lack of deeper understanding of the cause of the illness and what I describe as an “accidental recovery”. Often an unfortunate combination of events re-triggers fibromyalgia syndrome.

On the other hand, other fibromyalgia sufferers go on to make full or near full recoveries.

Ultimately, some people whose symptoms go into remission will go on to make a full recovery. However, understanding the pathogenesis of fibromyalgia will certainly go a long way towards insuring that you don’t suffer a relapse.

The real question we should be asking is; what is the cause of all these symptoms and how can people experiencing this illness recover?

What is the root cause of Fibromyalgia?